January started off cold and snowy, which sometimes made getting out of the driveway treacherous.  It also  meant a lot of shoveling. 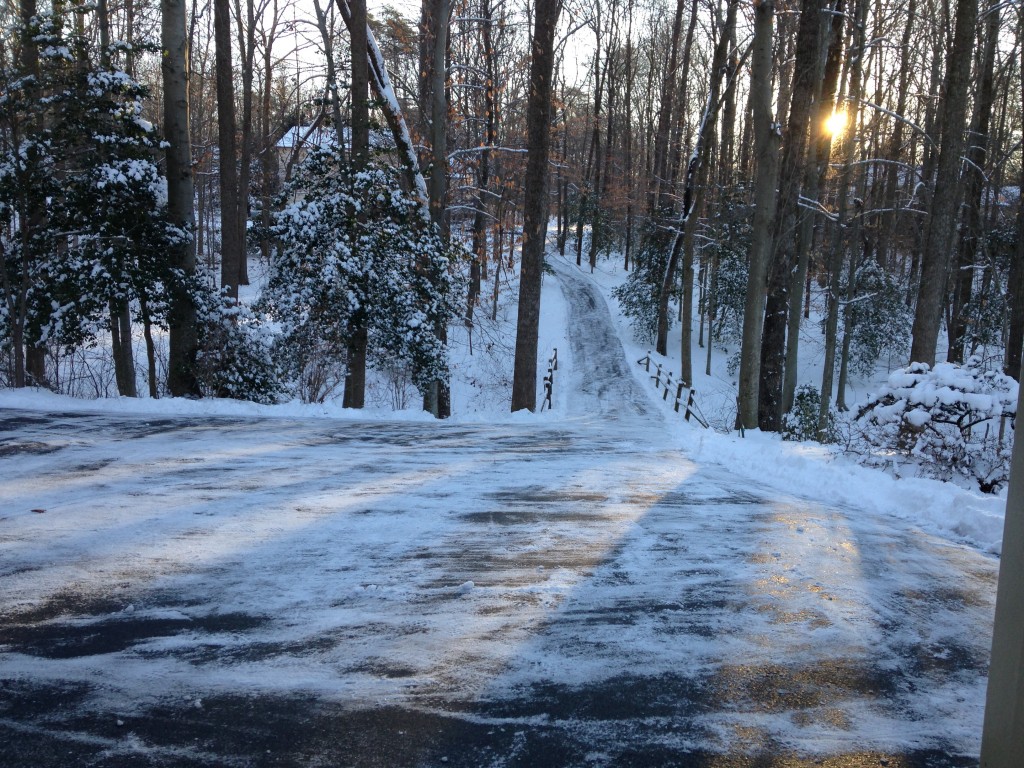 Grandma Croker came to visit for Christmas and New Year’s, and the kids all taught her the fine art of playing “Settlers of Catan”.  By the look on his face I’m not sure Jonah is excited about Ian’s demands.

Our Chickens which hatched in September of 2013 were almost fully grown, and we finally had to concede to Ian that his beloved Chicken “Cupcake” was, in reality, a Rooster. 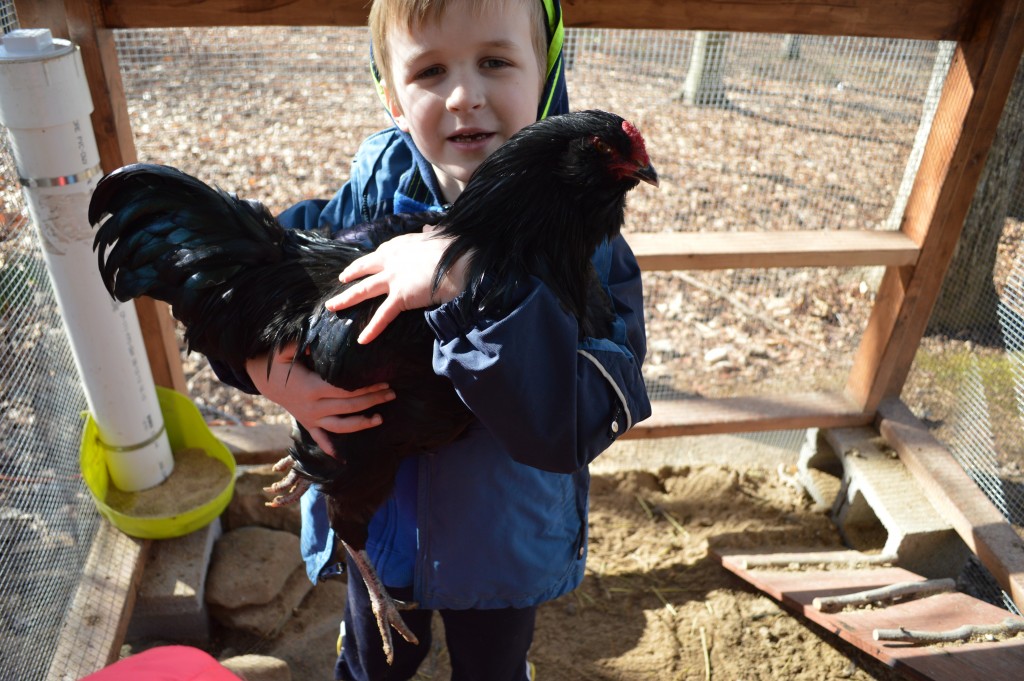 Logan participated in his second Pinewood Derby as a Cub Scout, and received high marks for his shark-inspired design.