Of course the snow came back again in March, and there was enough snow to take a few runs on the driveway hill.

Ian’s birthday was next, and he had a great 7th birthday celebration. 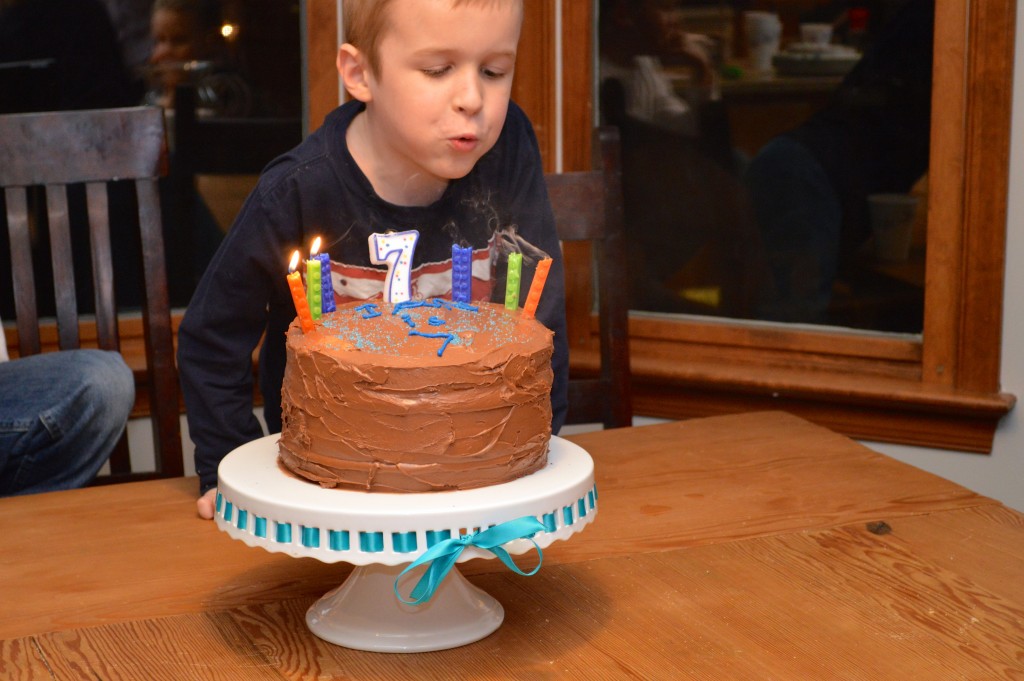 After the snow broke, the chickens started laying eggs and Jessica’s dream came true: five chickens who lay five different, individual eggs.  Do you know who laid your egg? 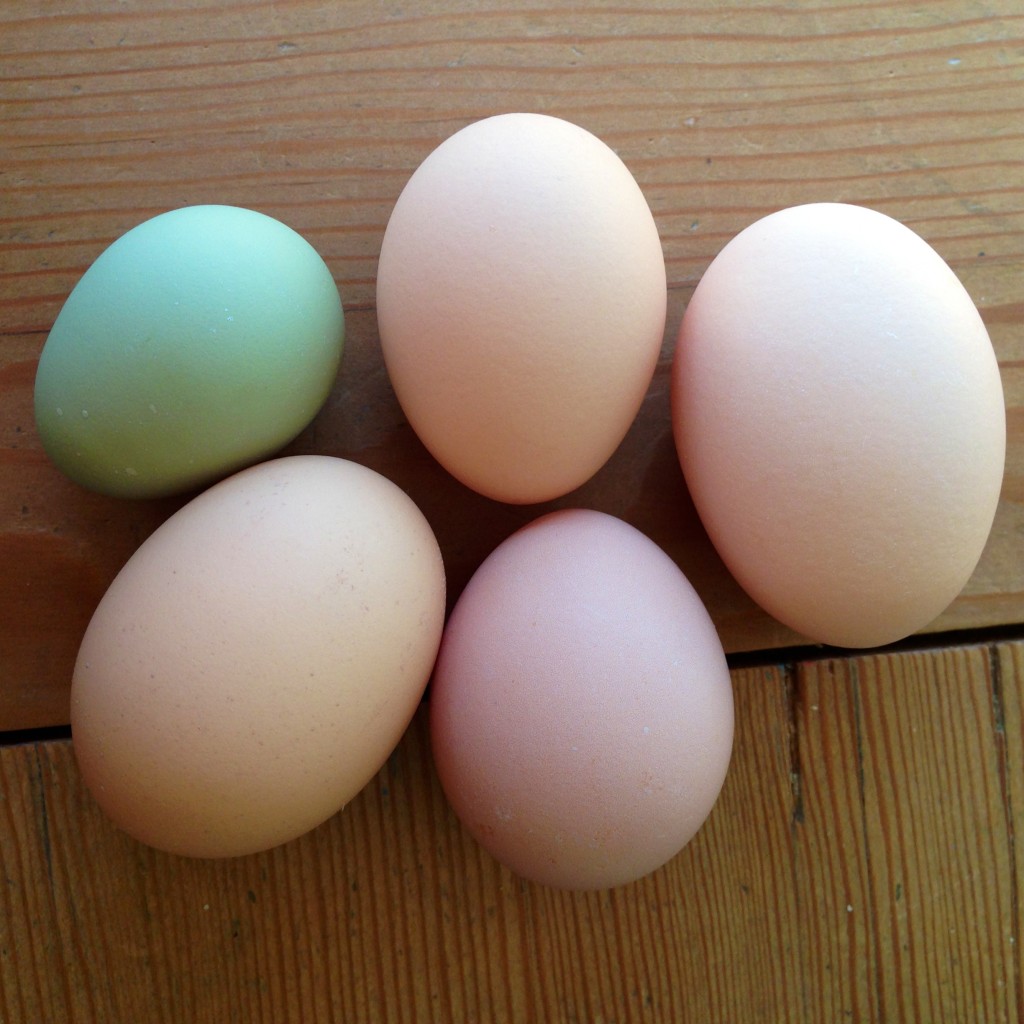 Jonah’s birthday came later in March, and for his party he wanted a cook-out.  The kids have a clearing in our woods they call the “Campsite” which works pretty well for campfires and roasting. 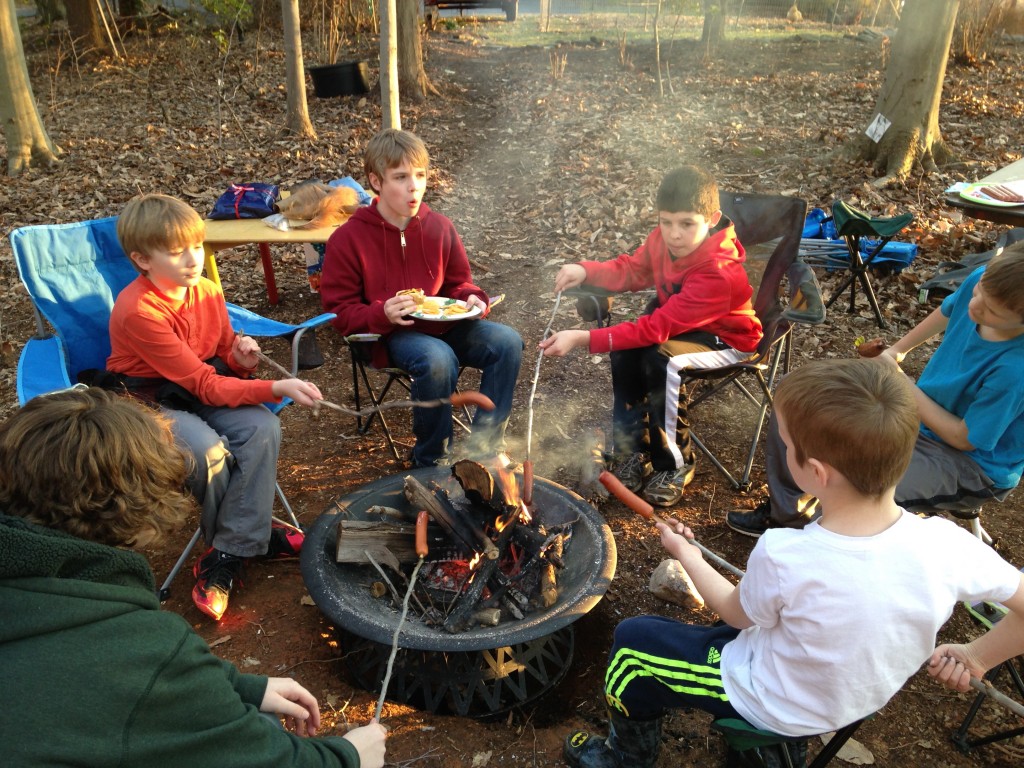 For his birthday, all Jonah would ever say he wanted was a “Creepy Rubber Horse Mask”.  Both Jessica and I refused to get him one, but his dear sister spent her own money and surprised him.  What else could a 12-year old boy possibly want? 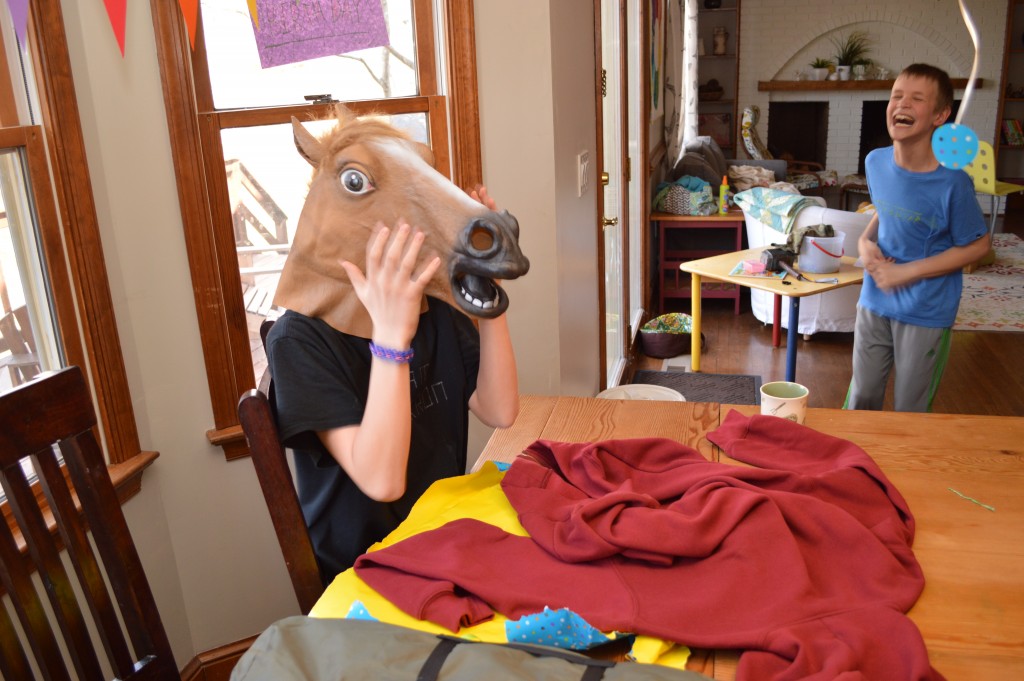 Brenna really enjoys our little flock.  Here she’s having out with our Bantam “Hunka-Munca”, who lays pretty green eggs. 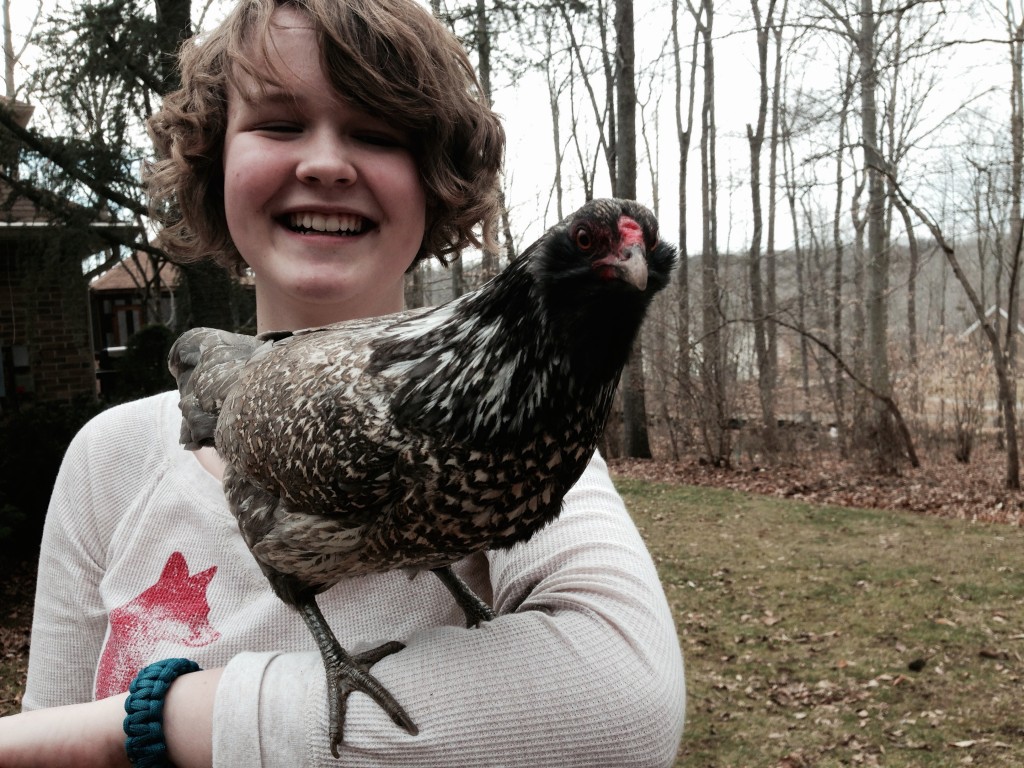 Also in March, Barry was able to travel to Israel for work, and he brought his March Moustache with him.  On this particular day they flew helicopters from from Gaza to Golan and everyone in between–it was quite the trip.

Not to be outdone by her Mom, Eva started teaching her own Yoga classes in Jessica’s studio.  Here she is instructing a combination of upwards and downward facing dog poses. 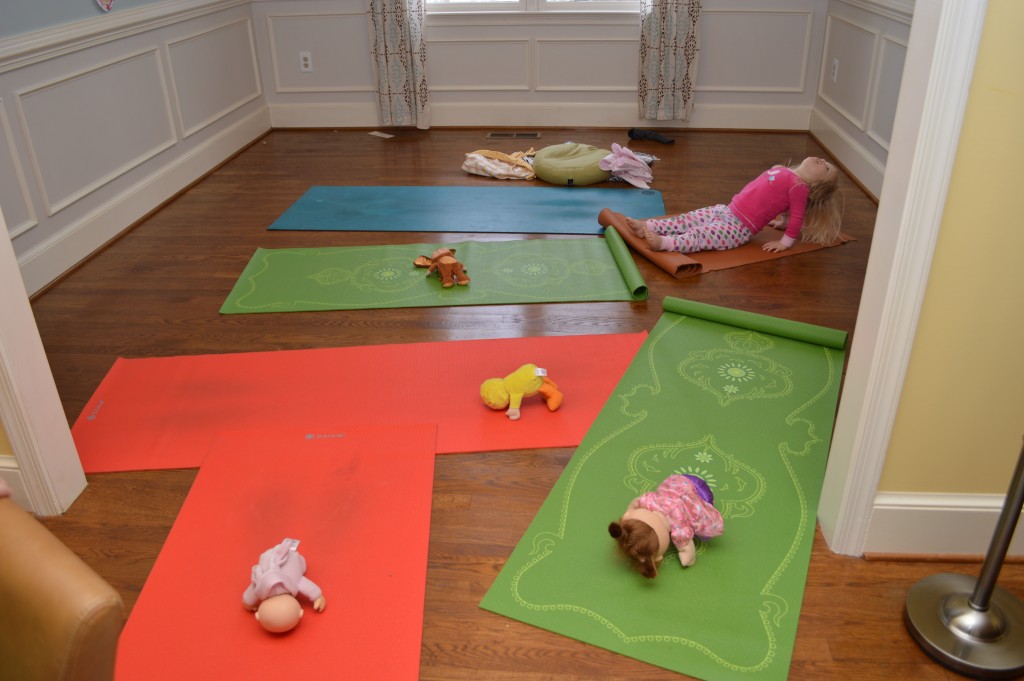 Eva is a busy little girl, but we are so thankful to have her as a part of our family. 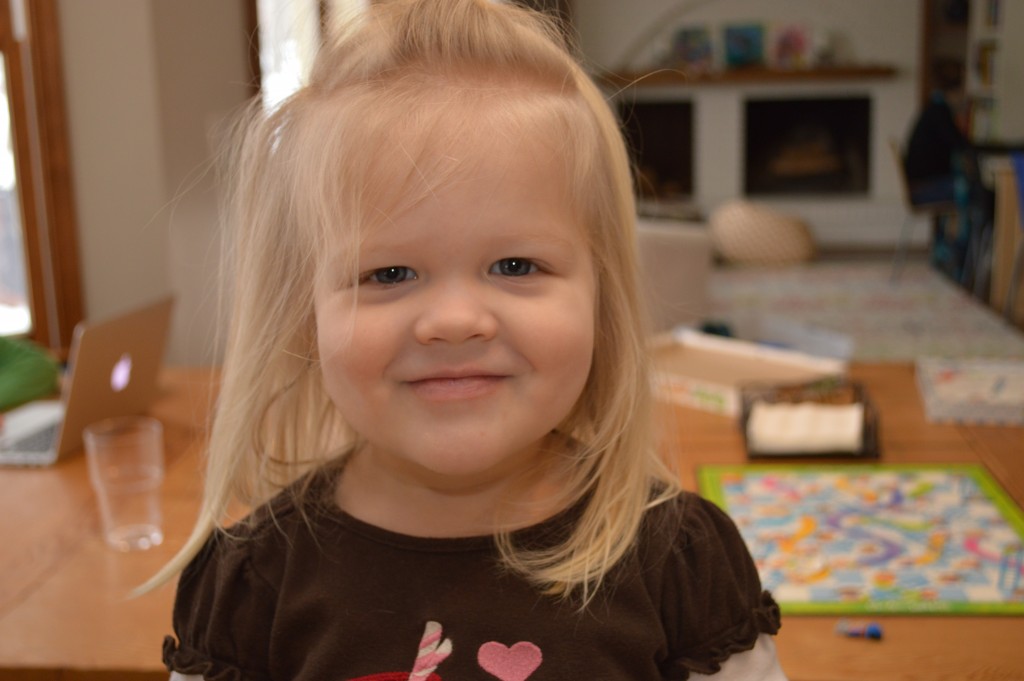